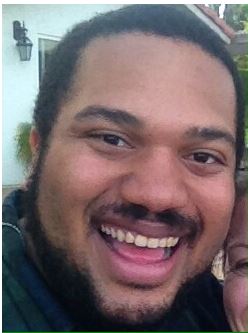 Jones appreciates all genres of music and takes pride in his broad music tastes.

“I am very eclectic with my music choices,” Jones said. “Anything from country to pop-rock to even EDM. My Spotify playlist has a very varied taste.”

From a young age, Jones also loved to dance.

“I was always fidgety as a young kid, and that’s why dancing was so natural to me,” he said. “Also, I was a gymnast at a young age, so I had to learn about dancing.”

During his early childhood, Jones was introduced to instruments.

“When I was 5 years old in Kindergarten. I picked up piano,” Jones said. “It’s the one [instrument] I feel the most confident in today.”Jones was trained classically at Yamaha Music School, where he learned the fundamentals of piano.

“My teacher was named Mrs. Haerilla, and she trained me all through the age of 6 to basically my freshman year of high school,” Jones said.

In the same way, Jones’ grandfather, who was a Baptist minister for many years, taught him gospel.

“It was a very good time with my grandfather because I come from a large family and that was our connection,” Jones said. “He played the piano, and my dad and brother sang.”

Before Jones’ grandfather passed away, he wanted Jones to carry on in the family as the pianist.

“It’s really meaningful to me and my family because we are a family of singers,” Jones said. “But I was the one to learn piano.”

Moreover, Jones learned to play numerous different types of instruments throughout his life.

“In middle school, I started playing the saxophone, and I took that all the way through college, both alto and tenor,” Jones said. “I was a marching band geek.  I  learned how to play the tuba and all kinds of stuff.”

Playing the saxophone became fixed after Jones met his friends.

“I like to play music, but the other part of the reason is because of the people I met through saxophone—my best friends,” Jones said.

Jones still has dreams he wants to pursue  that include things beyond  music.

“With music, I would love to one day be in a music video and  see that side of things and have fun with that,” Jones says. “Outside of music, I always wanted to try my hand in acting and be on stage. I can’t write my own jokes, but I can tell some really good ones. Maybe one day.”

What is your favorite food?

What are you watching right now?

I actually just restarted “Downton Abbey” so I can finally get into “Bridgerton.”

What is your favorite book?

If you could live anywhere in the world, where would you live and why?

I would want to live somewhere along the Mediterranean Coast, so off the south side of France or something like that. I would want to because I want to own a yacht so I can travel and put anchors down when I want to.

Donate to The Viking
$425
$1000
Contributed
Our Goal
Submitting donation...

Thank you for your donation!


There was an issue submitting your request.
0
Share via Email